Healing and Dealing with Dental Phobias

3 dental problems your teenager may face

As teenagers gain their independence they are more likely to neglect their dental hygiene while munching and slurping on sugary snacks. Teenagers are at an increased risk of dental disease compared to younger children in Australia, which is of real concern as most people have their adult teeth by the age of 12. Here are three dental problems your teenager is at risk from. 1. Bleeding gums. As the hormones in your child’s body begin to surge, they will experience a greater blood flow which means they are more likely to suffer from bleeding gums. Read More»

The Truth Behind 5 Orthodontic Myths

Whatever your age, the idea of having braces and orthodontic treatment can be scary. You shouldn’t worry, though. You are in good hands. There are a lot of beliefs surrounding the use and wearing of braces, but not all of them are true. Here is the truth behind four orthodontic myths. Braces can set off metal detectors at airports. You may think that because you feel like you have a mouth full of metal (at least at first), that those metal detectors are sure to go off when you go through airport security. Read More» 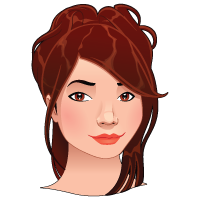 Hi, my name is Casey, and I used to be afraid of going to the dentist. I always thought that I was the only one with those fears, and I felt so alone. However, I have learned through the years that many people suffer from dental phobias. If you feel alone, you have come to the right place. I have made this blog to help you learn how to heal from and deal with dental phobias and to help you feel less alone. I plan to present the strategies that worked for me as well as some new ones that I hope will work for you. Hopefully, this blog helps you get past your dental phobias and helps mitigate fear or anxiety in other parts of your life. Just remember that you are not alone. Cheers, Casey.